The first day of training “The skills of embroidering Montenegrin goldsmith” was held. 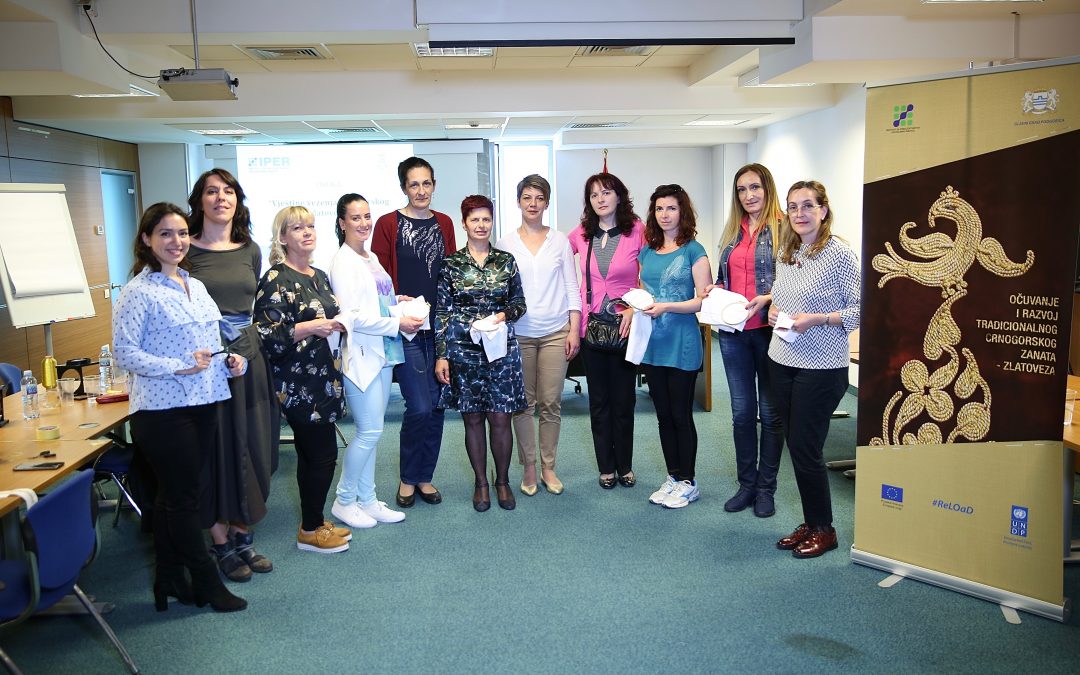 Within the project “Preservation and development of traditional Montenegrin crafts – goldsmith”, Institute for Entrepreneurship and Economic Development -IPER, in cooperation with the Association of Old Crafts and Skills NIT, conducts training “The skills of embroidering Montenegrin goldsmith” for women from the territory of the capital of Podgorica.

The fact that 80 applications for training were received by interested women from the City of Podgorica, and a large number of applications from other Municipalities (which we could not appreciate due to the rules of the project #ReLOaD), points to the extremely high interest of women throughout Montenegro for acquiring the skills of embroidery goldsmiths.

After the closing of applications, the commission selected 10 women, who will attend training for a period of 10 days.

The participants on the first day, held on June 5th, had the opportunity to get acquainted with the Montenegrin goldsmiths in more detail and start with the first steps of its creation.

During the duration of the entire 10-day training, the participants will acquire the embroidery skills during the creation of Montenegrin women’s shirts with embroidered soles (stitches).

The project “Preservation and development of traditional Montenegrin crafts – goldsmith” is supported by the Regional Program of Local Democracy (ReLOaD), which finances the European Union and is launched by the United Nations Development Program (UNDP). In Montenegro, the ReLOad program is implemented in partnership with the Podgorica Capital and the municipalities of Tivat, Kotor, Nikšić and Pljevlja. 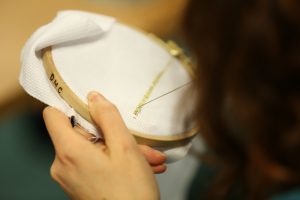 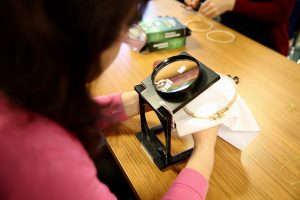 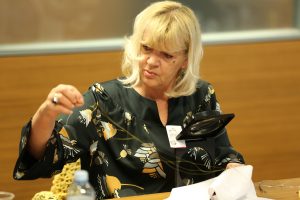 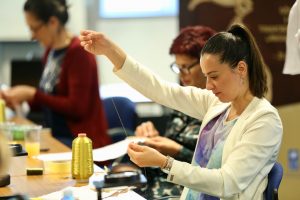 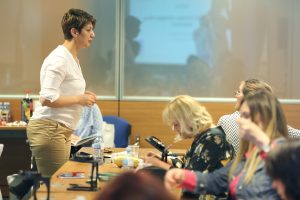 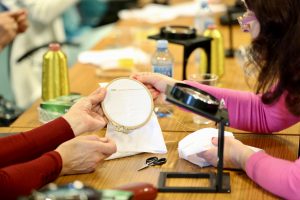 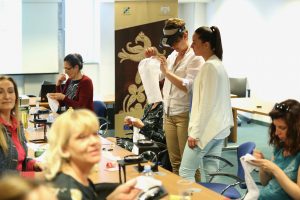 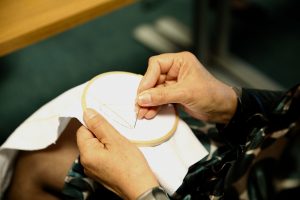 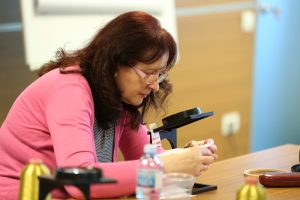 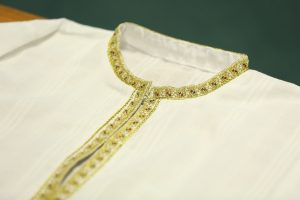 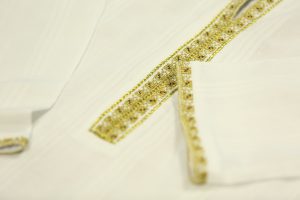 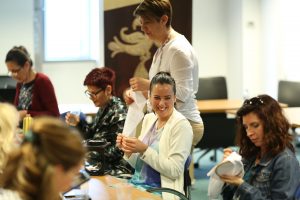 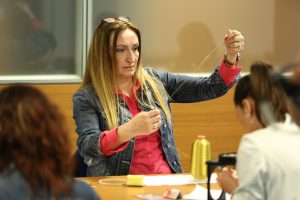 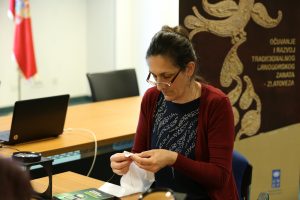 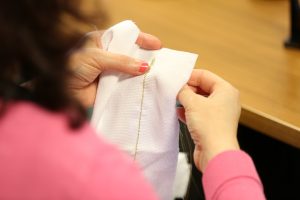 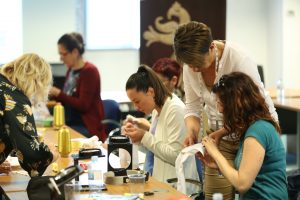 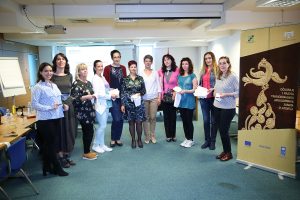